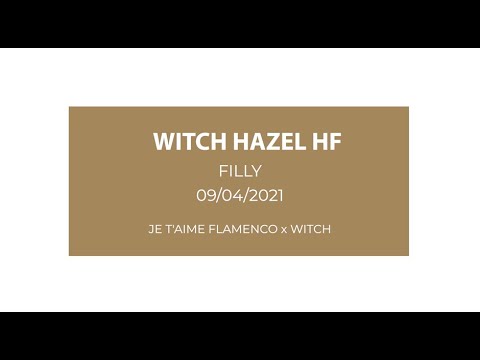 This stunning filly is out of the charismatic mare Witch, who kick –started Emily Ward’s International career by winning the much sought-after 1.50m under 23 National Championship at Olympia when Emily was just 13 years old! She is the daughter of 1.60m performer T-Sellie 15, campaigned successfully at this level by Joy Lammers.

Her sire Je T’aime Flamenco needs little introduction. Winner of seven of the world’s major Grand Prix titles and the leading money winning sire in the UK and Ireland in 2009/10 with Billy Twomey. Je T’aime Flamenco has produced many world class offspring, with several already competing at 1.60 level.