Stunning Tobago Z Filly Out of Full Sister to Aristio 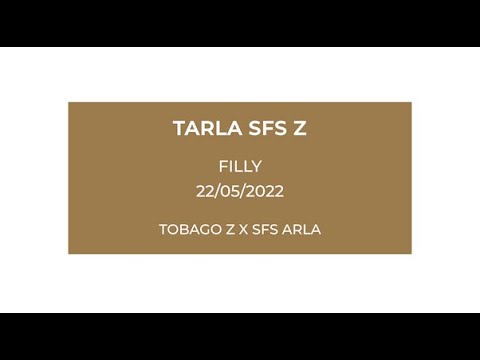 This exceptional uphill athletic filly has a 5* pedigree through and through.  Her dam SFS Arla competed successfully at International Grand Prix level with Anthony Condon and is a full sister to top stallion Aristio. This son of Arko III has a huge talent to 1.65 level and a career littered with wins and placings at some of the world’s premier events also partnered by Anthony.

Her Sire Tobago Z needs no introduction.  Not only is he a proven sire, but has an enviable record – in 2018 he was the most successful horse of the GCL season, with three podium finishes in 2019.  In this season he dominated the World Cups – winning in Madrid and Bordeaux, and finishing 4th in the finals.  He also finished 2nd in the European Championships of Rotterdam with the German team.