Its no coincidence, it's in the genes! Mother, Beat Me (1.55m), full brother of Darry Lou! 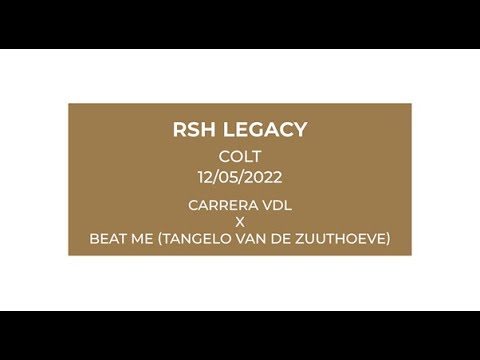 This stunning bay colt has a family that most can only dream of! His father is the renowned stallion Carrera VDL who needs no introduction as a top performer and even more a top producer. But more interestingly RSH Legacy's mother line is something very special!

He is a direct son of 1:55m winner "Beat Me"(Tangelo) who is not only the full sister to 1:70m Grand Prix super star Darry Lou but she is also the dam to KWPN champion stallion and 1:60m jumper F One USA. Beat Me's much younger brother Thor Z was an auction topper at the Z auction 2 years ago selling at an impressive 127 thousand Euros as a foal, the highest priced jumping foal auctioned at that time. Beat Me is also the dam to 4yo up and coming star, approved stallion Class Act who has been used this year by many professionals in the UK.