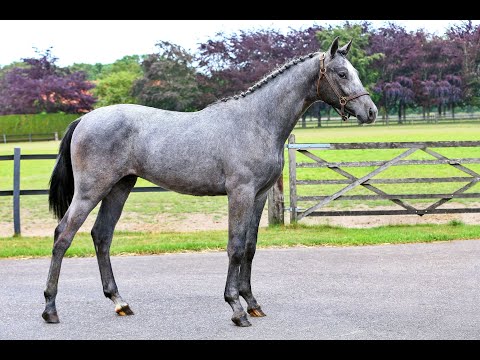 Full brother to Nikita Lady sold at Bolesworth Yearling Auction 2019 for £30,000 this quality yearling by Cape Coral RBF Z is an outstanding model.

The sire Cape Coral RBF Z is making progress in both sport and breeding. His first breeding results are very promising, his oldest offspring showing talent under saddle. The grand sire Cornet Obolensky needs no introduction – a dominating presence in sport and breeding for over a decade his technique and scope and that of his offspring have counted him amongst the best stallions in the world for heritability and reliability.

The Great-granddam Grandlady is an half-sister of the Grand Prix stallion Royal Bravour. This son of Ramiro Z won no less than three Volvo cars under the saddle of Peter Geerink and is also listed as the dam’s sire of this yearling, Ollie.

N.B. This lot attracts VAT at the rate of 21%. VAT will not be charged if the animal is exported from The Netherlands.