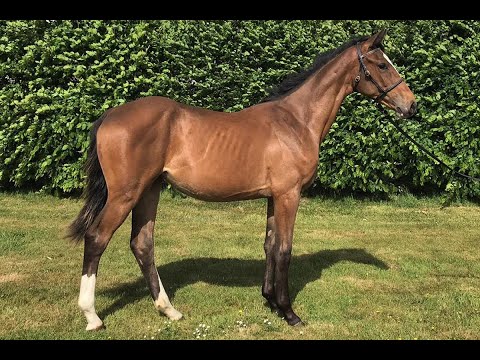 An exciting bay filly, showing huge potential over a fence by the Casall ASK stallion, Casago passes on his talent, rideability and quality to his offspring.

The grand-sire Casall ASK needs little introduction, ridden by Rolf Goran Bengtsson, Casall has been one of the top competition stallions of his generation.

This filly has a dam line steeped in success including Olympic performer Bubalu VDL ridden to a win at London Olympia 2013 under Jur Vrieling.

Granddam Zancara is one of the best broodmares in the Netherlands, she has produced no less than five 1.60m showjumpers, including the approved stallions Pessoa VDL, Montreal VDl and most notably the Olympic Silver medallist and World Champion Bubalu VDL ridden by Jur Vrieling.

N.B. This lot attracts VAT at the rate of 20%. VAT will not be charged if the animal is exported from the UK.