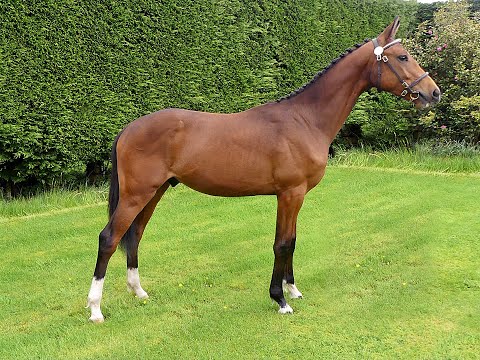 Loughview Lou Lou, a winner of multiple 1.60m Grand Prix’s Internationally, including notably, but not exclusively, the CSIO5* Gijon 1.60m (2011), CSI5* London Olympia GP 1.60m (2011) and the CSI 3* Royal Windsor GP 1.60m (2013). Lou Lou is one of the outstanding competition mares of her generation, with a winning attitude, and exemplary technique.

Sired by Comme Il Faut, who himself possesses the dream pedigree: by the legendary Cornet Obolensky, out of the best jumping mare in history, Ratina Z. As a stallion he has been everything promised with world-class scope, power and technique.

Winner of numerous 5* Grand Prixs and Nations Cup Finals with Marcus Ehning, Comme Il Faut is one of the leading stallions when it comes to performing on the international stage.

VAT: This Lot does not attract VAT.

Commission: Please be aware that buyer commission is charged at 10%.