Defence of the Realm

Top breeding with the scope to match 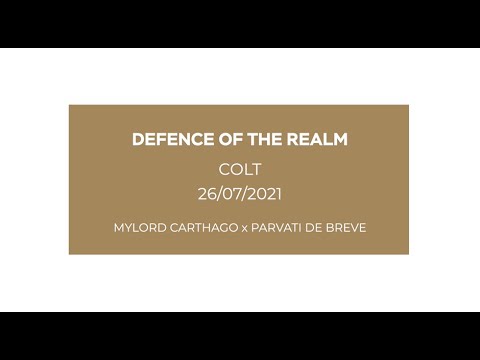 Defence of the Realm

This colt’s direct dam is the consistent top level performer Parvati de Breve, who campaigned with Laura Renwick and Olympic champion, Ben Maher, to the highest level in the sport. Parvati is by the renowned Selle Francais stallion Dollar De La Pierre who was World Champion Stallion at Lanaken, before being part of the Mexican team at the Sydney Olympics aged just 9!

Career highlights for Parvati include -

His sire is the legendary Mylord Carthago, described by his rider Penelope Leprevost as her ‘horse of a lifetime’. A proven sire, his impressive career highlights include winning team silver at the 2010 WEG in Kentucky, and a team silver medal at the 2011 European Championships in Madrid, where he finished 7th individually. He was a finalist at the 2004 World Cup in Geneva and competed at the 2012 London Olympic Games. He won numerous CSI5* Grand Prix including Helsinki, Vienna, and Paris. He was also part of winning Nations Cup teams at Aachen and Gijon in 2012. He won the Vienna GCT Grand Prix, the Gucci Paris Masters, and the Prix RMC at La Baule.