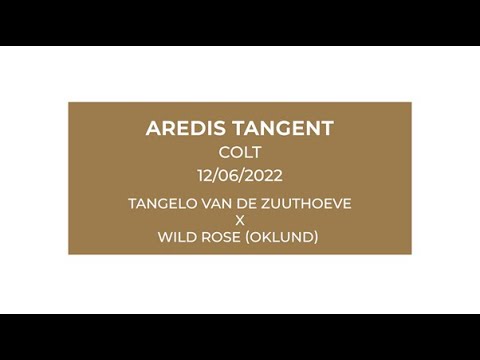 The former ride of both Michael Whitaker and Emily Ward, Wild Rose is a consistent performer at the highest levels of the sport with multiple results at CSI 5* level.

With an international record to 1.60, she is uterine sister to many successful equine athletes, such as; U.S based 1.60m performer Drop Shot - the former Ben Maher ride who performed under Colombian rider, Pedro Andres Gil, Cadillac - the show jumping stallion turned eventer who has competed at CIC3* with Izzy Taylor and won at CIC2* level with James Avery, and to 1.40 jumping mare, Giga Dance - currently being campaigned by the team at Ben Maher Stables.

Her young progeny are already making their mark, with her first born 6yo Wild Star HF by Big Star having started a successful young horse International career with Irish rider Anthony Condon.

While the sire here, Tangelo VD Zuuthoeve has a long list of progeny competing under the world’s best riders and numerous accolades at the highest level himself. A consistent performer at 1.60, he and partner Roelof Bril found themselves on the podium at many top international Grand Prix including that of Austria and Great Britain. Famous offspring include Darry Lou (Beezie Madden, Jennifer Gates) Tobago Z (Daniel Deusser) and Billy Angelo (William Funnel). A search of Horsetelex reveals a host of 1.60m offspring from this prolific sire.